The Triumphal Entry: The Story Behind The Story 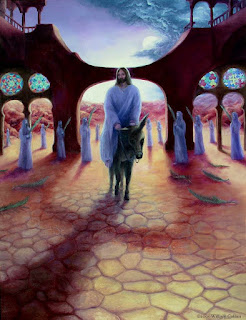 Jesus’ entry into Jerusalem is one of the most memorable accounts of Easter week.  He enters the city riding a colt -to the cheers and delight of the massive crowds.  People are waving palm branches and throwing their coats on the ground.  It is a moment filled with awe and expectation. Curiously, it is only Luke who records that Jesus wept as he entered the city.

We can see the faces, imagine the crowd, and hear the shouts: ‘Hosannah, blessed is He who comes in the name of the Lord!’

But have you ever thought, ‘What is really going on?’  ‘What is the story behind the story?’  It turns out that what Jesus is doing has been done before!
Alexander the Great’s death in 323BC brought chaos to the Greek Empire.  He didn’t leave a successor and the Empire eventually split into four territories.  One faction was the Seleucid Dynasty which ruled most of the Middle East.  The Seleucids propagated the Hellenization of their territories -to the dismay and disgust of the Jewish people.

The Seleucids Dynasty filled Israel with altars to the Greek gods and levied taxes to support their worship.  They banned the Torah and even placed an idol of Zeus in the Jewish Temple.

Finally the Jewish people wouldn’t take it anymore.  A priest by the name of Mattathias led a revolt in 167 BC.  He died while fighting the Seleucids and his son Judah took up the cause.  Judah Maccabee use guerilla warfare tactics to eventually overthrow the Seleucids from Israel.  The festival of Hanukkah -(the Festival of Lights) originates from this time period.  You can read more about this account in the book of 1 Maccabees.

With victory assured Judah did two things in rapid succession. First he entered the city of Jerusalem -to the cheers and praises of its inhabitants.  Once in the city he went immediately to the Temple and cleared out all the idols.

Flash forward 190 years.  The Greek-leaning Seleucid Dynasty is long gone.  The Maccabean rule lasted until the Roman General Pompey captured Jerusalem in 67BC.  Once again Israel finds itself under occupation.

When a Roman General -fresh from victory in battle- would enter a capital city, he followed a specific plan.  The plan called for the general to wear garments signifying his deity.  He would ride either a chariot or a war-horse and was followed by those captured in battle.  The general would immediately proceed to the temple and offer a sacrifice.  This victory procession -spelled out in Roman Law- is called a ‘Triumph!’

Pause for a moment and think of Jesus entering Jerusalem in preparation for his final Passover Meal.  He knows the history and the culture of his people.  He undoubtedly knows that less than 200 years earlier Judah Maccabees followed this same plan (entry into Jerusalem and clearing out the Temple).  He undoubtedly knows that the Romans had a similar triumphal entry and that -more than likely- Pilate himself had just days before entered Jerusalem in his own modified Triumph!

The story behind the story shows us that when we dig into God’s Word we are continually rewarded with deep and profound Truths.  Jesus replaces and fulfills the cultural expectations of his time and uses them to show how God is doing something new!  During this Holy Week, why don’t you read through the accounts of Jesus’ triumphal entry and send in your comments...
Posted by Jonathan Misirian at 12:08 PM
Labels: Alexander the Great, Holy Week, Jesus' Triumphal Entry, Judas Maccabees, Roman Triumph, Seleucid Dynasty

It's been said that theology is best done in the open, and to that end I believe the same is true for pastoring. Eugene Peterson once remarked, 'You can't preach to someone on Sunday if you aren't having coffee with them on Friday.' This is why my time at the Coffee Shop is a part of my calling -it is my ministry. The opportunity to openly live the Christian faith, to be a pastor to these local Communities- is so rewarding! 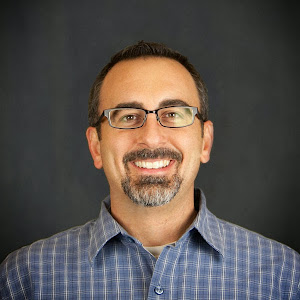